Demurring to Doom: A Geopolitics of Prevailing by Lee Quinby 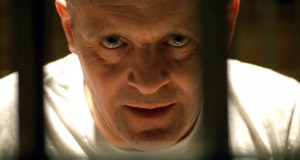 How is an American villain different from a Russian villain, or a West African villain? What is “evil” to us?  Why are some villains really powerful characters with deep grips on our imagination, and others just seem annoying? Lee Quinby has considered these questions in depth, and delivers a powerful answer—or certainly the framework of an extended answer—in the attached interview and excerpt.She considers two “entrenched” categories of evil that have dominated American narratives from the beginning: cosmic or apocalyptic evil and human-driven evil that is particular and specific. The Terminator movies feature apocalyptic evil, while a story like Harry Potter features characters whom represent individual, human-driven evil. Both of these contending categories of evil, she argues, are powerfully delineated in Moby Dick.As the title to her full paper implies, Prof. Quinby is hunting big game here. She includes such diverse examples of evil as FDR’s portrayal of poverty (it is human-made and socially alterable) as an evil, terrorism (it is apocalyptic), South Park and Hannibal Lecter.