Somewhere in the Night: Film Noir and the American City by Nicholas Christopher 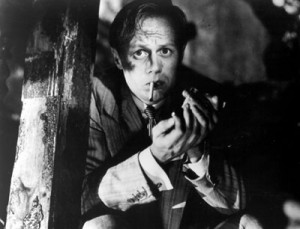 When I recently circulated a list of presentation topics among the cadets in my “Literature and Empire” course, a third of them wanted to present the Detectives and Narratives of Suspicion topic. It is easy to see why: the basic detective story—a crime scene that doesn’t make sense, a protagonist following a trail of deadly clues through the underground of duplicity, and the discovery of truth—has spread to almost every corner of our storytelling. Not just the hundreds of paperback thrillers and dozens of forensic science and police procedurals on television, but so many mainstream narratives are driven by an investigation into the real world behind the façade.

Every empire engenders narratives of suspicion. The working classes always speculate on who is really running the show (I’m just guessing that is true, I don’t actually know). The players in Hamlet try to determine if the monarchs really mean what they are saying; the Greek commoners invented stories of their rulers consorting with the Gods behind the scenes; books were published in the mid-19th century speculating that the Pope was actually the avatar of ancient pagan religions.

Modern America has its own narratives of suspicion. In the 20th century, no such narrative captured the spirit of the times as vividly as film noir. From Michael Curtiz’s Private Detective 62 in 1936 to 1955’s Kiss Me Deadly, a body of up to 300 films comprises wickedly subversive, stylish stories particular to the American experience.

In this interview and the subsequent book review, we try to introduce the general reader to the topic. Nicholas Christopher is a poet and scholar whose book Somewhere in the Night: Film Noir and the American City opens the door to noir riches.

Film noir’s lasting value to students, teachers and the general reader is in the depth and breadth of the genre’s insight. These are piercing lessons in sociology, economics, history, and art. The resourceful men and women who crafted these noir stories took a sort of wicked glee in dismantling the components of the American Dream with energy and inventiveness.