A BYPRODUCT OF MODERN SOCIETY IS TO SUSPECT THE STATE

The Metanarrative of Suspicion: How Mistrust Breeds Great Literature
by Sandra Baringer 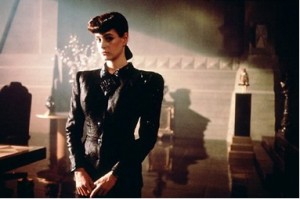 Are her memories real? Still from “Blade Runner” (1981), a narrative of deep suspicion.

Mistrust of authority has always existed, I’m sure, but it seems to have blossomed in the twentieth century (and become ubiquitous in the twenty-first century). In this idea-rich interview and in her scholarly book, The Metanarrative of Suspicion: in Late Twentieth Century America, Sandra Baringer discusses the wide range of stories we have invented in which we suspect that the truth is being withheld from us. It is one of the most engaging, resonant and enduring narrative forms of modern era; the detective story, its most prominent subset, is everywhere. Professor Baringer’s book represents an outstanding entry point for the general reader into this field of study.

What connects tales from quaint Sherlock Holmes puzzles to the epically paranoid The Matrix and The X Files to the routine worries of Law and Order is this premise: someone is trying to scam us, and something (usually something important) is not at all what it seems. Narratives of suspicion give us an outlet for our deep doubts about who is really in charge of the hopelessly complex world we live in. They affirm our conviction that if we can just see through the clever masks of the people around us, we’ll see what unfair treatment is being dished out. 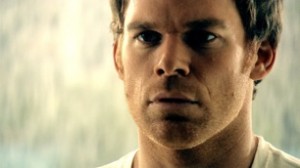 Such a detailed look into this model of storytelling is, I think, extremely timely.  Paranoia blooms all around us, and each generation seems to invent its own form. The IPad Age has brought with it new levels of suspicion. Who runs the internet? What government agency is in charge of my email? How do those giant new airplanes fly? Where do chicken nuggets really come from?

In the following interview and in her book, Sandra Baringer acts as our guide through this landscape. While she is quick to share credit with a number of other scholars, the general reader will see that she has a clear and deep grasp of this most compelling topic.